From the Province Leader 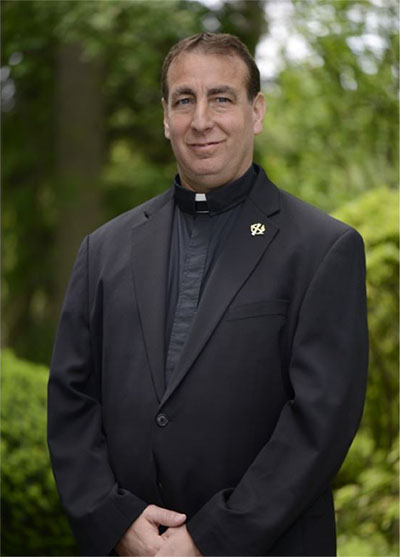 Throughout the North American continent, Labor Day marks the unofficial end of the summer season. With this, the 2019-2020 school year will now have begun in all parts of our Edmund Rice Christian Brothers North America Province. I hope you have had a blessed summer that has allowed ample time for rest, relaxation and reflection. With the Essential Elements of an Edmund Rice Christian Brother Education as our guide, the new school years beckons and challenges us to bring the Gospel message of Jesus Christ to all those we encounter.

The Preamble to the Essential Elements of an Edmund Rice Christian Brother Education reads in part:

Blessed Edmund Rice was given the grace to respond to the call of Jesus by identifying with Christ in the poor. His example evoked a deep awareness of God’s loving presence in all with whom he came in contact. He also awakened within them a consciousness of their dignity as children of God…The life of Blessed Edmund Rice – businessman, husband, father, widower, religious Brother, teacher and Founder – challenges all involved in Christian Brother education to live and teach Gospel values.

During the past five years, as issues that affect our students have arisen, our Province advocacy efforts have attempted to draw attention to topics such as: race relations, immigration, gun control, restorative justice, prison reform, child sexual abuse and climate change. It seems this past summer that many of these topics have converged in dominating the news cycle in one way or another. As Catholic Christians who have been called to educate the minds and hearts of the young, we simply cannot ignore the impact that continued racial discrimination, inhumane treatment of immigrants, violent mass shootings, prison injustice, child sexual abuse and lack of care for our good Earth have on the impressionable lives of our students.

In March of 2014, more than seventy men and woman inspired by the charism of Blessed Edmund Rice gathered in Nairobi, Kenya to together listen for the voice of the Holy Spirit in our midst. The prophetic statement below was made at that time and surely is still most apropos today.

The world is expressing unprecedented human population growth with demands on food, housing, water and energy. There are inequities in peoples access to power, wealth and resources whereby the rich are getting richer and the poor are being made poorer. With increasing areas of unrest and military intervention, religious conflict and persecution, there is a surge in the number of people seeking asylum. Rampant human consumerism is leading to increasing levels of pollution and the extinction of species which could lead to the destruction of the Earth.

It is the agenda of the world that sets the mission direction of the Church and our Congregation.

My friends and colleagues, I believe that as Edmund Rice educators, we are called to respond to the injustices that surround us. Our students have an inalienable right to live in a world that promotes healing and reconciliation, rather than hatred and division. That recognizes the dignity of each person, regardless of race, ethnicity, creed, etc., rather than demonizing them for being people of color. That is safe wherever they go, rather than one where they have to fear coming to school, walking in a mall or going to Church. That welcomes those seeking a better life, rather than detaining them for being from a foreign land. That values the family unit, rather than separating children from their parents for seeking asylum. That protects and cares for our Earth, rather than denying our role in its destruction. That provides healthcare for all, rather than taking it away for political gain. That rehabilitates those who have been imprisoned, rather than perpetuating an endless cycle of incarceration. That stands up for the rights of children who have been abused, rather than seeking to protect large institutions from bad publicity. That seeks to live up to the ideals of the Gospel of Jesus, the charism of Blessed Edmund, the non-violence of Mahatma Gandhi, the Dream of Dr. Martin Luther King, Jr, the exhortations of Pope Francis, etc.

As Edmund Rice Christian Brother schools, let us lead the way in teaching our students that God’s unconditional love knows no bounds, discriminates against no person, welcomes all peoples, respects all cultures, embraces all human life and embodies all creation. In doing this, we will be faithful to Essential Element # 3 by "standing in solidarity with those marginalized by poverty and injustice" – and Essential Element # 5 by "celebrating the value and dignity of each person."

Let us respond to the agenda of the world with a resounding faith that trusts in God’s plan for humanity and creation, that holds out hope for a future with great promise for all God’s people and that exhibits a love that permeates all aspects of our precious lives.

May the 2019-2020 school year be one of hopeful expectation in giving witness to the Good News we proclaim with faith, hope and love.